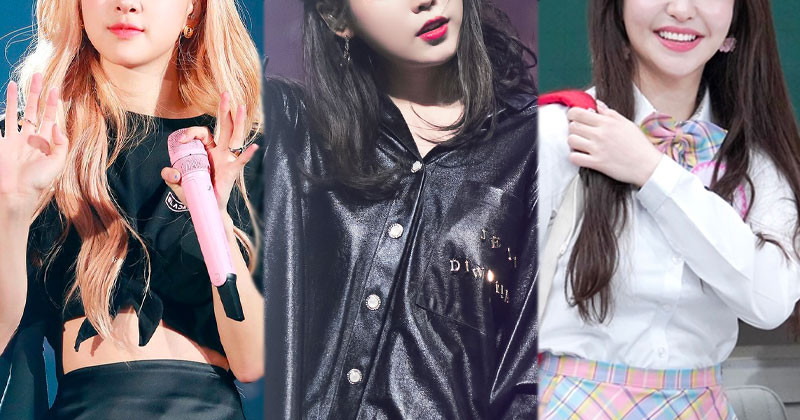 On the Gaon Streaming Chart for April 2021, both old and new K-pop songs made it to the top 10. In particular, releases by IU, Brave Girls, BLACKPINK Rosé, and more garnered the most streams in Korea. Find out more in the article!

The Gaon Streaming Chart ranks individual songs that gained the most streams in South Korea each week. It also has monthly and yearly results.

According to Gaon Chart, IU occupied four spaces within the top 10 of the monthly chart of the most-streamed songs in Korea for April 2021. Not to mention, the "Nation's Sweetheart" topped the streaming chart with her hit song "LILAC," which serves as the title track of her latest album of the same name.

IU's "LILAC" album was itself a bestseller in Korea. It has even become the album by a solo artist with the most weeks at No. 1 on the MelOn Weekly Album Chart, spending a total of 11 weeks on top. Meanwhile, the title track, "LILAC," has already exceeded 50 million streams on MelOn.

IU also claimed the No. 3 spot with "Celebrity," No. 6 with "Coin," and No. 9 with "Hold My Hand. "Celebrity" and "Coin" are both new songs by the female K-pop soloist, while "Hold My Hand" is her 2011 song. The latter has seen climbing up the Korean music charts since February due to reverse running.

Lee Ji-eun, known professionally as IU, is a South Korean singer-songwriter and actress. The name IU is a combination of 'I' and 'you' meaning "you and I become one through music." She signed with Kakao M in 2007 as a trainee and debuted as a singer at the age of fifteen with her first mini-album Lost and Found.

K-pop girl group Brave Girls continues to receive attention from Korean citizens, leading two of their songs to becoming among the most-streamed K-pop songs in their home country in April 2021. "Rollin'" sits at No. 2 on the monthly Gaon Chart, declining by only one spot.

On the other hand, Brave Girls' "We Ride" impressively rocketed to No. 5, jumping more than 60 spaces from its ranking in March 2021.

Brave Girls is a South Korean girl group formed by producer Brave Brothers in 2011 and managed by Brave Entertainment. After making their debut with the single album The Difference on 7 April 2011, the group has since released four mini-albums, including Back to da Future, Re-Issue, High Heels, and Rollin'.

BLACKPINK member Rosé made her highly-anticipated debut in March this year, and the songs from her single album "R" are performing well in South Korea. In April, "On The Ground" has become the seventh-most-streamed K-pop song in the nation.

In its first 14 hours after release, BLACKPINK Rosé's "On The Ground" had almost 800,000 streams on MelOn.

Roseanne Park, better known by the mononym Rosé, is a Korean-New Zealand singer and dancer based in South Korea. Born in New Zealand and raised in Australia, Rosé signed with South Korean label YG Entertainment following an audition in 2012, training there for four years.

These are the Most-Streamed K-pop Songs in Korea in April 2021:

Is your favorite K-pop song included on the list?