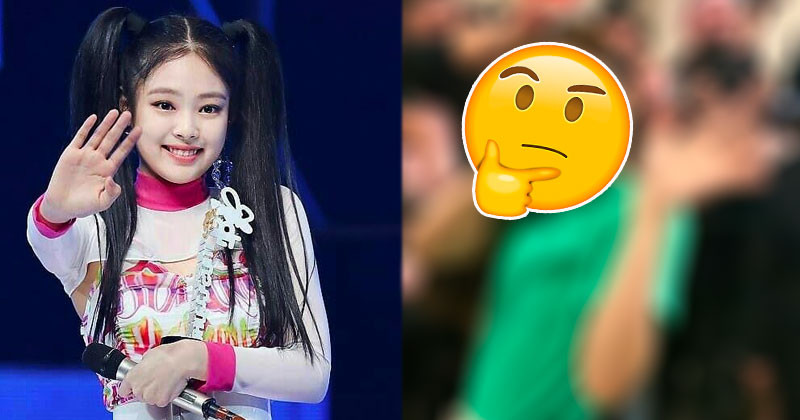 They even complimented her!

As one of the most popular celebrities around the globe, it’s no wonder people can’t help but approach BLACKPINK Jennie whenever they see her. After all, she glows even if she’s just sitting or standing in the middle of the street!

In her latest vlog entitled “Jennie’s Everyday Essentials,” she revealed the twelve items she can’t live without. In the end of it, she opened up about her appreciation for her fans.

She explained that there are BLINKs who walk up to her in public and compliment her YouTube channel.

"And I can’t really say anything back because I’m shy. But I’m really thankful."

This isn’t the first time BLACKPINK was embarrassed in public. When they heard their debut song being played in a bar in Thailand, they couldn’t help but blush.

"You know how we always ignore it when we hear our song while eating out?"

Check out Jennie’s full video below!

Get to know about BLACKPINK Jennie

Jennie Kim (born January 16, 1996, in Cheongdam-dong, Gangnam, District, Seoul, South Korea), better known as Jennie, is a South Korean singer, rapper and dancer. Jennie is a member of BLACKPINK, as well as a soloist. In 2016, she became the main rapper and lead vocalist of the girl group, BLACKPINK, which debuted on August 8, 2016.

In Mid October 2018, an announcement of Jennie's official solo debut was made. In midst of preparation for her debut, it was decided that the track Solo will be first revealed at BLACKPINK's In Your Area tour in Seoul ahead of release on November 12th. "Solo" became the most viewed music video by a female K-pop solo artist of all time and in the first 24 hours of release. Kim then became the first and only female South Korean solo artist to surpass 300 million YouTube views within six months. In South Korea, "Solo" claimed the number one spot on the Digital and Streaming charts on Gaon Chart for two consecutive weeks. Kim later received her first-ever music show win as a solo artist on SBS' Inkigayo on November 25.

When Kim first began to rap, she studied artists like Lauryn Hill and TLC, whose work she admires and respects. Kim cited Rihanna as her main influence and role model.

For her solo debut, she was very involved in the production of the outfits, concept, and choreography. Kim put together more than 20 outfits, for her music video. She recalled in an interview with Billboard that during the process she had thought about the way each outfit would accompany the song and what she could do differently, helping her to learn many different ways of approaching fashion. Vocal coach Shin Yoo-Mi, who's worked with Blackpink for six years until they debuted, had trained Kim during preparations for her solo debut. In an interview, she described Kim as a multi-player who is good at singing, rapping, and writing lyrics.

In April 2019, she became the first Korean solo artist to perform at Coachella. Her performance was listed under "The 10 Best Things We Saw at Coachella 2019", with Billboard describing it as "mind-blowing" and "stunning" for fans and casual passersby.

She is known for her brand recognition and marketing power, having topped "Individual Girl Group Members Brand Power Ranking" consecutively for months, the data is collected and published by the Korean Business Research Institute. In 2018, she ranked second in Most Favourite Idols survey conducted annually by Gallup Korea which involves 1,500 Korean men and women aged 13 to 29 as respondents.

Kim was awarded by Instagram as the "Most Loved Account of 2018" in South Korea, based on the number of views and likes received by Instagram stories and posts shared that year.

Forbes acknowledged Jennie's contribution of "gaining a new foothold in Korea's beauty trends", as one of the reasons why Blackpink ranked topped Forbes Korea Power Celebrity in 2019