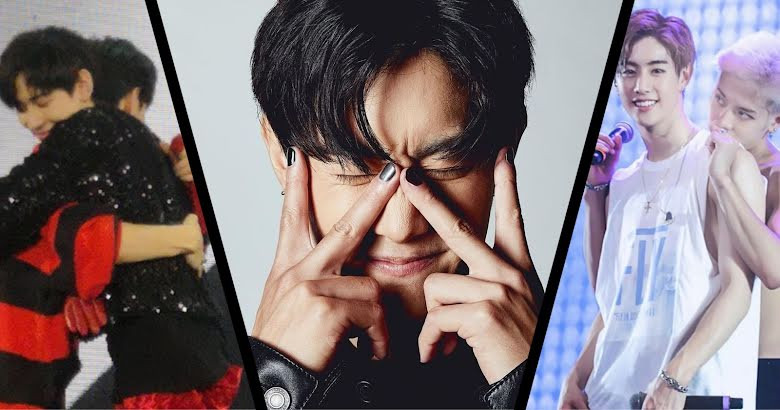 Could a fellow GOT7 member be joining him?

GOT7‘s Mark Tuan is preparing to embark on his first solo tour, but he might not be alone after all.

Recently, Mark Tuan released his first solo album The Other Side, and starting in October, he will go on his 2022 The Other Side North American Tour.

In an interview with STYLECASTER, Mark was asked what he was looking forward to for his tour. He explained how it would certainly be “a lot different” since it would be focused on him rather than a group.

It’s gonna be a lot different than touring with GOT7. For those concerts, we split up some parts with the members and whatnot. I don’t know how long my show is going to be, maybe an hour and a half. I gotta perform by myself from beginning to end.

Mark also added that he would not be entirely by himself, though. He shared that a “band member” would be on stage with him too.

I’m going to have a band member on the stage too, and I’m going to incorporate some dances for the shows. I don’t know if the fans are going to enjoy it because it’s much different than what GOT7 used to do. We used to just dance from beginning to end. But, I hope they enjoy and have a good time.

Ahgases are curious about if Mark meant a generic member of a touring band or if he meant band member as in GOT7. He did mention it while talking about incorporating dancing too.

Now, if it is, in fact, the case that he is hinting that a GOT7 member might join him on tour, we have a couple of guesses as to who it could be.

First of all, when Mark held his PULL-UP fanmeetings in Thailand, BamBam joined him as both an MC and special guest. They even performed together for Ahgases, so it seems probable.

Yet, another possibility might be Jackson Wang. Jackson recently tweeted, asking his followers if it was possible for him to go on tour.

His own solo album, MAGIC MAN, will be released on September 9, so it might also be possible he could go on his own tour soon. Jackson has already been promoting in the U.S. with 88rising, performing at 2022 Coachella and 2022 Head in the Clouds.

But Jackson could do similarly to The Rose‘s Woosung. He had toured, promoting Moth, joined Epik High on their 2022 Epik High Is Here North American Tour, then toured again with The Rose for their 2022 World Tour. GOT7’s BamBam Had So Much Fun With His Twitter Icon, He Even Fooled Himself