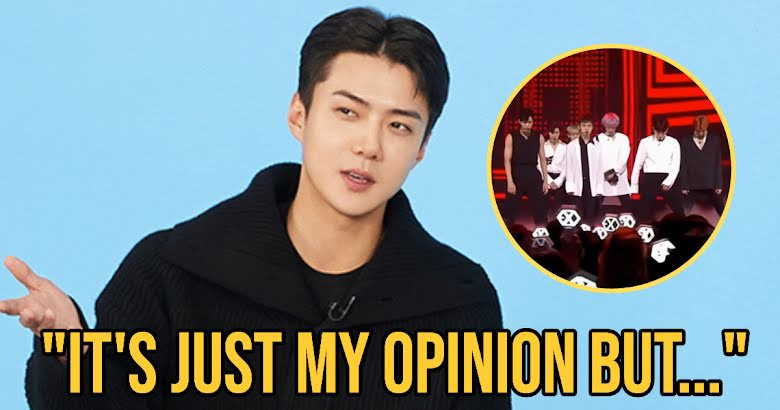 “I believe in Sehun’s words!”

EXO‘s Sehun is raising hope for a potential group comeback soon, despite fans’ skepticism about the possibilities.

Due to the members’ military enlistments, EXO-Ls have been unable to see the whole group together for a long time. While EXO released an album in June of 2021, they were unable to do normal promotions for it.

Fans were left wanting more of the members together…and so were the members! While they have been showing support for each other’s solo ventures in every way they can, a full-member EXO reunion on stage has not been possible. Now, however, Sehun has weighed in on the matter, and he’s making EXO-Ls feel hopeful again!

On September 26, Xiumin made his debut as a solo artist with his album Brand New. Like the supportive friend he is, Sehun took on the role of MC at the press conference.

While the main subject was, of course, Xiumin’s solo album, the question of EXO’s comeback naturally came up. The two members were asked if there was any chance that EXO is preparing for a full-group comeback, and Xiumin stated that he wants to perform onstage as a group again.

But Sehun? According to the maknae, a full-group comeback is not only a possibility, but it could also even happen soon!

…though some skepticism understandably remains, as there are members who are still carrying out their military service such as Baekhyun (Chanyeol will be discharged on September 28), and members who have yet to enlist (Sehun and Kai).

Despite that, EXO-Ls are ready to believe Sehun’s words…

…and even the potential clues that some believe Xiumin dropped in his “Brand New” MV.

Sehun’s statement has not been confirmed, but with any luck, he’ll prove to be right!