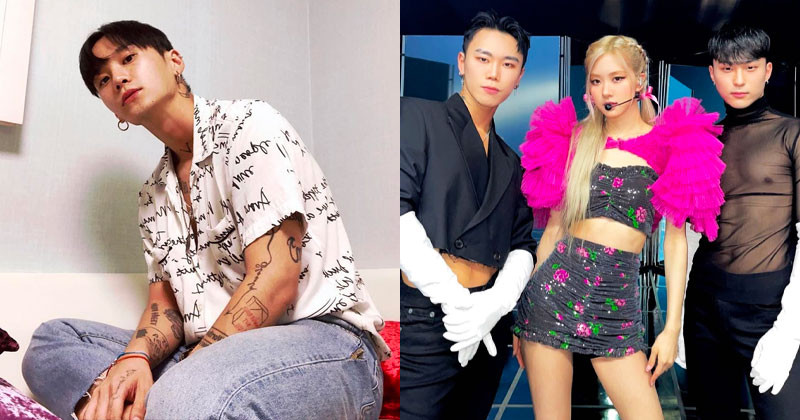 They even have their own fancams!

Recently, BLACKPINK Rosé made her solo debut with her album R. During her promotional performances, we’ve come to know and love her backup dancers due to their great relationship with Rosé. We wish the promotions would never have to come to an end.

Here are 5+ times that Rosé’s backup dancers absolutely stole not only the show but our hearts as well:

1. When Rosé’s backup dancers literally got their own HD fancams!

2. When they let us know they’re not only dancers but vocalists as well

3. Whenever Rosé made them laugh

4. When that one couldn’t help but fanboy when Rosé smiled at him

5. They got those idol visuals too

Two of Rosé’s backup dancers are actually famous in Korea! The Kwon twins, Kwon Young Deuk and Young Don have been part of the YG Entertainment dance crew HITECH for over a decade. The brothers have worked with tons of idols throughout their careers. They are extremely multitalented as they have also modeled, acted, and choreographed!

We can’t wait to see what they do next!

>>> See more: Here's What BLACKPINK Rosé Gave To Her Staff As Gifts

BLACKPINK Rosé Gains Attention For Her Reaction With Backup Dancers

BLACKPINK Rosé recently had her solo debut with her album R and is currently promoting the two tracks on various music shows! Her performances have been generating a lot of buzz for obvious reasons–her solo debut has been long-awaited–but this reason is absolutely adorable!

After her SBS Inkigayo appearance on March 14, a netizen shared a gif of the end of her performance of “On The Ground” on an online forum, which garnered a lot of positive reactions!

One of the commenters shared another gif of the moment from a different angle, saying “cutie Rosé.”

Here are some of the comments left by other netizens on the post!

It’s so cute to see the obvious friendship between Rosé and her dancers. Fans have taken notice of their cute interactions and are hoping to see many more during her promotion period!

Let's take a look at her performance below and wait until the last moment!